Today I'm celebrating the release of Kelly Polark's ABC's of rock 'n' roll picture book, ROCKABET: CLASSIC EDITION.
Kelly is one of my favorite writer peeps in the entire the world. Awesomely enough, we were able to meet way back when in Chicago before I moved to France. Not so surprisingly, Kelly was on her way to a concert... 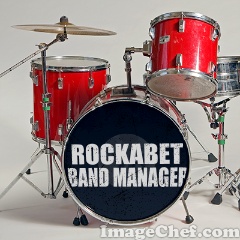 Anyway, Kelly has combined her love for music (and she's been to every rock concert known to man, I think) with her love of writing children's books. And she came up with the coolest concept EVER! ROCKABET: CLASSIC EDITION.

So if I could choose any band members from any bands to form the best band ever, these would be my rockin' picks:

Lead guitarist: Maverick Mercury (the protag from my MG! Not only can he jam, he can play the guitar with his tail...)

Drums: Neil Peart from Rush (Note: I can't stand Rush, but Neil is known to have been the best drummer this side of Mars)

Keyboards: Thomas Dolby *Because he blinded with science, whee, wah, woh! As sweet as any harmony...

Who would you choose for your supergroup?
Here's a band name generator to create your killer band name! 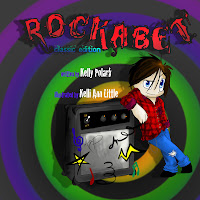 ROCKABET: CLASSIC EDITION can currently be purchased online at Amazon or at select bookstores. Hardcover books will be available at various online retailers and stores in October.

Kelly Polark is also the author of BIG SISTER, BABY BROTHER and the upcoming HOLD THE MUSTARD! from Meegenius. Come visit her on Facebook and Twitter! Check out her website and celebrity book recommendation site, Book Recs of the Rock and Famous.


Comments, per the usual, have been disabled on Friendship Friday. PLEASE take the time to visit Kelly and DO check out her rocking book. Also, let her know the name of your supergroup....

Have a great weekend! Rock on!