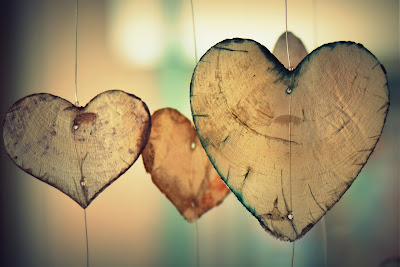 Hey all, it's me, Sam! I haven't been blogging much (I've been busy writing and editing my next book(s)– more news on that later), but I wanted to share something IMPORTANT with you. Believe me, I'm not tooting my own horn. I'd just like to think if more people acted with kindness...the world would become a less hate-filled place. I'm a firm believer in opening my heart and my horizons. I've met many people through my books and I've invited many of them to visit with me in my home. Being an immigrant in a foreign country has  encouraged me to be more open– to new experiences, to new people, to everything.


"I will NOT tolerate racism in any way, shape, or form. I have just delivered flowers to my neighbor to give her a slice of happiness and to let her know she has my support and my friendship. She's from Morroco, Muslim, and is sandwiched in between two racist homes that seem to be intent on making her life miserable.

You may remember, I was in charge of the neighborhood block party. The two neighbors on either side of her didn't come because her family would be in attendance. They told me this outright. One of them also said she thought her family was Daesh. (Such a ridiculous notion...really).


(I joked with my nice neighbor and told her to leave empty backpacks with wires coming out of them outside of their homes. THIS, although a touchy subject, made both of us laugh so hard we almost fell down).

As for the racists, I bit down on my lip and stated, quite frankly, that this woman and her family are friends of mine. I was met with the blankest of expressions. Like- how could you?

Things between her/her family and the neighbors to each side escalated on Saturday night. JL and I were eating dinner when we heard a man screaming. Loudly. In French. They live eight houses away from us. I couldn't make out the words, but I looked up at JL and said, "This isn't good." My gut told me the yelling had something to do with my friend. I got up and headed out the front door. The whole neighborhood was outside. My friend was crying, tears streaming down her face. Her kids (twins 9-yrs-old, and a 12-yr-old) were also crying on their balcony. I raced up to her and gave her a hug.

The fight? It was about a BBQ-- and not a charcoal grill, but a plancha-- so no smoke. One of our other neighbor's sons, apparently drunk, tried fighting with the evil man. Today, she told me she and her family were speaking in Arabic in their own yard that night. He didn't ask her politely to move the grill. No, he went ballistic. The wife of the yelling man–who is over 6 ft. tall and pretty damn scary– was also screaming at them, telling them that if they live in France that they should only speak French. In their own home. In their own garden. These people have stolen the kid's soccer balls. Have shaken their fingers in front of the kid's faces while saying, "You are mean and wicked." Believe me, these kids are the politest kids I've ever met. My neighbor couldn't believe that her YOUNG kids have to deal with this madness. And it is madness.

I told my neighbor I couldn't imagine being sandwiched in between this kind of hate. People should be able to live their lives the way they want, especially in their own homes. Also, a BBQ shouldn't cause a full-on war. I had one on Sunday– no complaints from anyone. And there was A LOT of smoke. I also spoke in English with my hubs. Where was my lynch squad?

So, I brought her flowers today to offset the hate she's been feeling. She cried again, but they were happy tears."

Note: My neighbor did file a complaint with the police and we, the rest of the 'hood, are all supporting her/her family. I've been playing soccer (which I'm terrible at) with her kids and learned a new wiggly dance. Don't ask me to YouTube it.