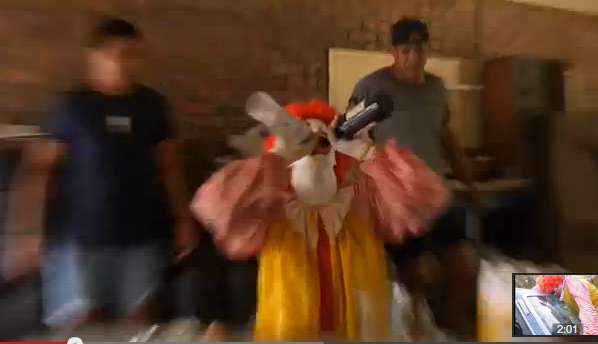 There is a sick and twisted phenomena floating around the Internet. It's called Neknomination,  originating in Australia, and now spreading through Europe and the UK. Guess what, peeps. The US is next. Be prepared.

So, what the hell is Neknomination?

Urban dictionary defines "neknominate" as "the mating ritual of Aussie Bogans, who in order to demonstrate their penis length/girth and demonstrate their readiness and desire to mate with other Bogans, must chug a full beer on video, and then nominate another Bogan to do the same. Most commonly practiced before a night taking the Commo out to Chapel Street, downing a slab at Bazza's place, or hitting the drags at Dandy."

It started with chugging beer. Since then, it's become an online drinking game, where an idiot films themselves drinking, and then challenges another person to top them by drinking more. By more, I mean glasses of grain alcohol or tequila or vodka -- one after the other.

Five victims of this "cool" game have already been claimed in the UK. And, just yesterday, The Daily Mail reported anybody who 'neknominates' somebody could face manslaughter charges.

I'm a pretty cool step-mom. My kids talk to me and I won't betray their trust by outing their secrets to their Dad. Hey, I did a lot of stupid shit when I was young. I know. I remember. I did 'telephone calls' with a tap from a keg. I'm not a hypocrite. But when my daughter tells shows me the below video, thinking I'll laugh, cool mom vanishes and super-parent mode kicks in.

Watch this. If you laugh, your moral compass needs a serious tweaking.


This HILARIOUS video came with a disclaimer: NO REAL Drugs or Alcohol were actually consumed!! This video is for entertainment purposes ONLY!

1)  People have died from drinking like that— not a joke, and certainly not entertainment, even in a parody with America's most 'beloved' clown. (God, I hate clowns).

2)  The Internet is freaking forever. You want a job? Great. I'll just do a Google search. When I find your neknominate video, you're out of the running. I'm going to choose the smart kid, the one who didn't make a video of himself chugging two pints of tequila and then throwing up the worm.

3) Experimenting is fine. Succumbing to peer pressure is not. Because guess what? You could DIE.

4) Or you may face manslaughter charges because of your stupidity.

5) And what about rape? Yes, rape. When José Cuervo has rendered you incoherent and immobile, anything can happen.


As a parent, I'm pissed. I'm worried. And rightfully so.

As a parent, I want to my kids to come to their own decisions. I know if I say 'don't do that,' chances are they will.  What I do is open up the lines of communication. We can agree to disagree, but, damn straight, I'll present the facts.