Wednesday is All Write! Expect the Unexpected! 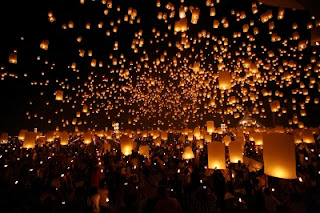 A couple of weeks ago, my editor, Anna, shared some potentially exciting news with me over an email. Apparently,  a couple of publishing houses in Australia were interested in buying the foreign rights to my memoir, SEVEN LETTERS FROM PARIS. Instead of doing the Cabbage Patch dance, or the running (wo)man, I remained cautiously optimistic.

Then, the unexpected happened, and the news was above and beyond all my expectations.

On November 15th, the email I'd been waiting for came in: Australia was a done deal. I immediately emailed Anna, telling her I felt like Seabiscuit-- the small horse who became an unlikely champion, thanks to the people who believed in him. (For more on my publishing journey, click HERE).

I was in shock. I still am in shock.

Quietly, I danced in the kitchen, and let out more than a few yelps, because I couldn't my share my news until it was announced officially. Finally, on November 21st, I woke up at three in morning with the sudden urge to check my email. This is what I found in my inbox:

It's off to the races! (Once I'm finished doing the Cabbage Patch...)

Comments are disabled. Please celebrate with me, though! Do your best Cabbage Patch! And, if you're so inclined, add SEVEN LETTERS FROM PARIS to your GoodReads TBR list!


Image courtesy of piyato at FreeDigitalPhotos.net