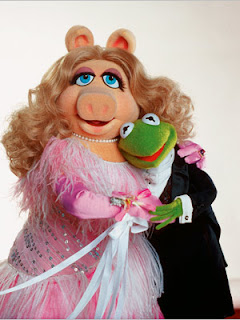 Don't judge us. It works.


Looking for a taste of Paris amidst these dreary winter days? Look no further than this giveaway, where you can enter for a chance to win 5 books that all contain a taste of Paris! 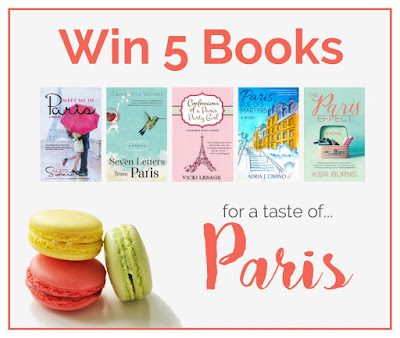 Learn more about the books:

Meet Me in Paris: A Memoir

, by Juliette Sobanet What does a romance novelist do when she loses her own happily ever after? Take a lover and travel to Paris, obviously. Or at least this is what Juliette Sobanet did upon making the bold, heart-wrenching decision to divorce the man she had loved since she was a teenager. This is the story of the passionate love affair that ensued during the most devastating year of Sobanet's life and how her star-crossed romance in the City of Light led to her undoing. Meet Me in Paris is a raw, powerful take on divorce and the daring choices that followed such a monumental loss from the pen of a writer who'd always believed in happy endings‚ and who ultimately found the courage to write her own.

Seven Letters from Paris: A Memoir

, by Samantha Verant Twenty years, seven letters, and one long-lost love of a lifetime At age 40, Samantha Verant's life is falling apart-she's jobless, in debt, and feeling stuck... until she stumbles upon seven old love letters from Jean-Luc, the sexy Frenchman she'd met in Paris when she was 19. With a quick Google search, she finds him, and both are quick to realize that the passion they felt 20 years prior hasn't faded with time and distance. Samantha knows that jetting off to France to reconnect with a man that she only knew for one sun-drenched, passion-filled day is crazy-but it's the kind of crazy she's been waiting for her whole life.

Confessions of a Paris Party Girl

, by Vicki Lesage When newly-single party girl Vicki moved to Paris, she was hoping to indulge in wine, stuff her face with croissants, and fall in love. It proved to be much more difficile than she'd imagined. In this laugh-out-loud memoir, this cheeky storyteller recounts the highs and lows of her life in the City of Light. Sassy and shamefully honest, Vicki makes you feel as if you're right there in Paris stumbling along the cobblestones with her. Will she find love? Will she learn to consume reasonable amounts of alcohol? Will the French administration ever cut her a break?

, by Adria J. Cimino Some encounters make a difference... Four strangers in Paris. Each one is on a quest: to uncover a family secret, to grasp a new chance at love, to repair mistakes of the past. Four stories entwine, four quests become one, as their paths cross amid the beauty, squalor, animation and desolation of a street in Paris, the rue des Martyrs. Rafael's search for his birth mother leads him to love and grim family secrets. Cecile's view of herself as an unsatisfied housewife is radically changed by the promise of a passionate liaison. Andre, an aging actor, troubled by the arrival of the son he abandoned years ago, must make a choice, to either lose his son forever or put aside pride and seek redemption. Mira travels to Paris to begin a new life and forget about love... or so she intends. Four strangers, four stories, one riveting novel.

, by K. S. R. Burns Nothing is what it seems in this highly praised debut novel about a food-obsessed young woman who sneaks away to Paris without telling anyone. Not even her husband. Once there she‚Äôs robbed, stalked, arrested, kidnapped (almost) and‚Äìworse‚Äìfinds that her numerous issues have come right along with her. Grab a croissant and settle in for a decidedly non-touristy trip to the City of Light. P.S. This novel makes for great book club discussions. A sequel is in the works. Be sure to enter the giveaway soon... it ends 2/24! And don't forget to share with your friends: a Rafflecopter giveaway