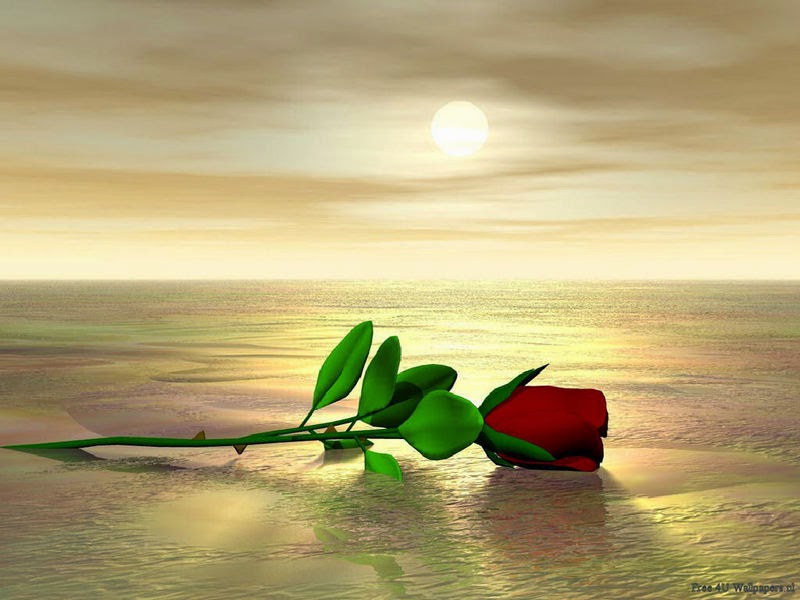 At the Dawning of the Day

The rose is a rose,
And was always a rose.

With that said, here is Paul's story: 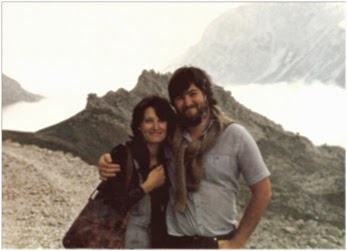 Early on a cold St. Valentine’s Day last weekend, I dug a hole in our small garden and planted a bare root cutting of a rose for her, Robert Frost’s words mixing with the earth. It was a pink rose variety called New Dawn. We first met a lifetime ago in the last century and fell in love. We fled to Spain and made a home by the sea. It was good, too good to last. I remember the end, a freeze-frame memory of an ordinary scene. We are lying side by side in bed in our flat in Santander on Calle Santa Lucia, next to La Bodeguca where we would go for tortilla and rough red wine. She looks at me and informs me that I will not, after all, be the father of her babies. Her name was Katherine; Kay for short.

Time and life moved on. I met another, late in life, and we were married. She had a young daughter already who in time became the apple of my eye. A favourite poet once wrote of his new-born baby: “She was born in the autumn and was a late fall in my life, and lay purple and dented like a little bruised plum.” Laurie Lee was the poet and Daniella was my plum. In time though, “love grows old, waxes cold/ and fades away like the morning dew.”

I grieved for the failed marriage, lost love and my lost youth and found solace in writing. I had become a writer. I felt a need to go on a journey of discovery. I went in search of Laurie Lee: he had once written about a rite of passage walk across Spain on the brink of civil war in a book called As I Walked Out One Midsummer Morning - it became a classic. I re-traced his footsteps, and I wrote a book about Laurie Lee, my journey, my life and the essence of forgiveness. 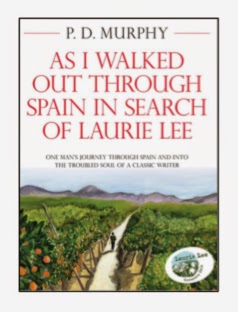 In the book, I wrote about leaving my married home for the last time, another indelible freeze-frame memory.

I walked down the stairs for the last time. Pausing, I slowly scanned the montage of photographs that lined the stairway and told the story of my life to date. As I descended they followed me, framed images of my life hanging on the wall, hanging in the air, chronicling the passage of time and the story of a family: my family. Silent timeless observers of modern lives, lives that had been lived at pace, in the moment, for the moment, hurrying up and down the stairs, like high-speed trains rushing past glimpses of green countryside and deserted platforms. My life was all there in those photographs: a young boy learning about failure; a man finally making that commitment; my two girls collecting memories; my grandfather breaking bread with the leader of a fragmented nation.
A freckled face squinting at the sun, smart blazer hanging down over frayed cuffs, scuffed shoes, cap perched unsteadily and tie askew, stretching out, in vain, for the ripe apple from the tree. Bride and groom under the oak tree, 5 August 1994. Daniella’s bridesmaid’s dress rustling in the cool summer breeze as she kicked her legs high on the swing, underneath the branches. A long summer day in west Wales, drawing to a close, Elizabeth and Daniella on the beach, collecting shells. Grandad George, who grew up in Cardiff in the 1900s – Welsh Chicago they called it then, a hard place to start out. He has a kind comfortable face. He is drawing on a Player’s Navy Cut Number 6, untipped, and inhaling deeply and satisfyingly. He is sitting in a bar, fob watch dangling from his waistcoat, next to Pandit Nehru. Where and when and why is lost in the mists of time.

Pandit Nehru had been the Prime Minister of India at the time of Partition; the bloody fragmentation of one nation into two. Partition happens to families too. After the door had clicked closed behind me for the last time, Dani sat on the stairs with her knees drawn up tight to her chin. She loved the picture of her on the swing with her mum and her new dad at the nice hotel. She thought of the first time I had come to see her mother at the house.

“Give Paul a tour of the house, Daniella,” her mum said casually, as if it had not been practiced many times over. She summoned up all of her six years, three months and 21 days and still I towered over her. She knew I was special; Mum hadn’t said as much, but she knew.

“Come on then,” she said and pulled me up the steep stairs past the freshly-painted blank white wall.

“This is my room.” She threw open the door to reveal a pinkish room that she shared with an assortment of animals and dolls who all knew their place.

“This is Mummy’s room,” she continued, indicating a firmly shut door. “It’s a mess and I mustn’t show it to you.”

As I left my home for the last time, I left behind the ordered chronological timelines of my family life and instead took with me, in an old box under my arm, a random collection of old sepia-tinted photos, curling at the edges, fragments of my life as jumbled and faded in the box as they were in my head. I removed my gold wedding ring for the last time. Over the past 18 years I had played with it, dropped it and lost it so many times. Now I consigned it to a drawer. Unthinkingly I rub the grooved surface worn into the fabric of my left ring finger, a pale circle of nothing.

The book, As I Walked Out Through Spain in Search of Laurie Lee, was published last year. With strange syncronicity, Kay read it and got back in touch. We are together again now. She denies ever saying that line in bed back then. She is looking forward to her summer rose.

Oh, Daniella gets along just fine with Kay. She’s a grown up Natural Woman and singer song-writer
now...

The rose is a rose,
And was always a rose.
But now the theory goes
That the apple's a rose,
And the pear is, and so's
The plum, I suppose.
The dear only knows
What will next prove a rose.
You, of course, are a rose -
But were always a rose.

As I Walked Out  Through Spain in Search of Laurie Lee:
Amazon U.S.
Amazon.co.uk
http://tinyurl.com/

Don't forget to enter my GIVEAWAY (click on the link/scroll down to enter)! Five copies of my memoir are up for grabs! Also, the ebook of Seven Letters from Paris is priced at $2.99 on Amazon US, Canada, and UK (Kindle) and B&N (Nook) until March 3rd! Grab a copy today!


xox and bisous from Toulouse

For other essays like this, see the below 'related posts' and enjoy...